Best Practices no. 124- Advice from a Guy Who Works with Conference Celebs

Best Practices no. 124- Advice from a Guy Who Works with Conference Celebs

Last time I talked about using celebs to boost attendance at conferences, so this week I thought I’d talk with a guy who works WITH the celebs. Just don’t call him an Agent (you’ll see why later).

Here’s Rikki at a convention with actor Brian O’Halloran from Clerks. 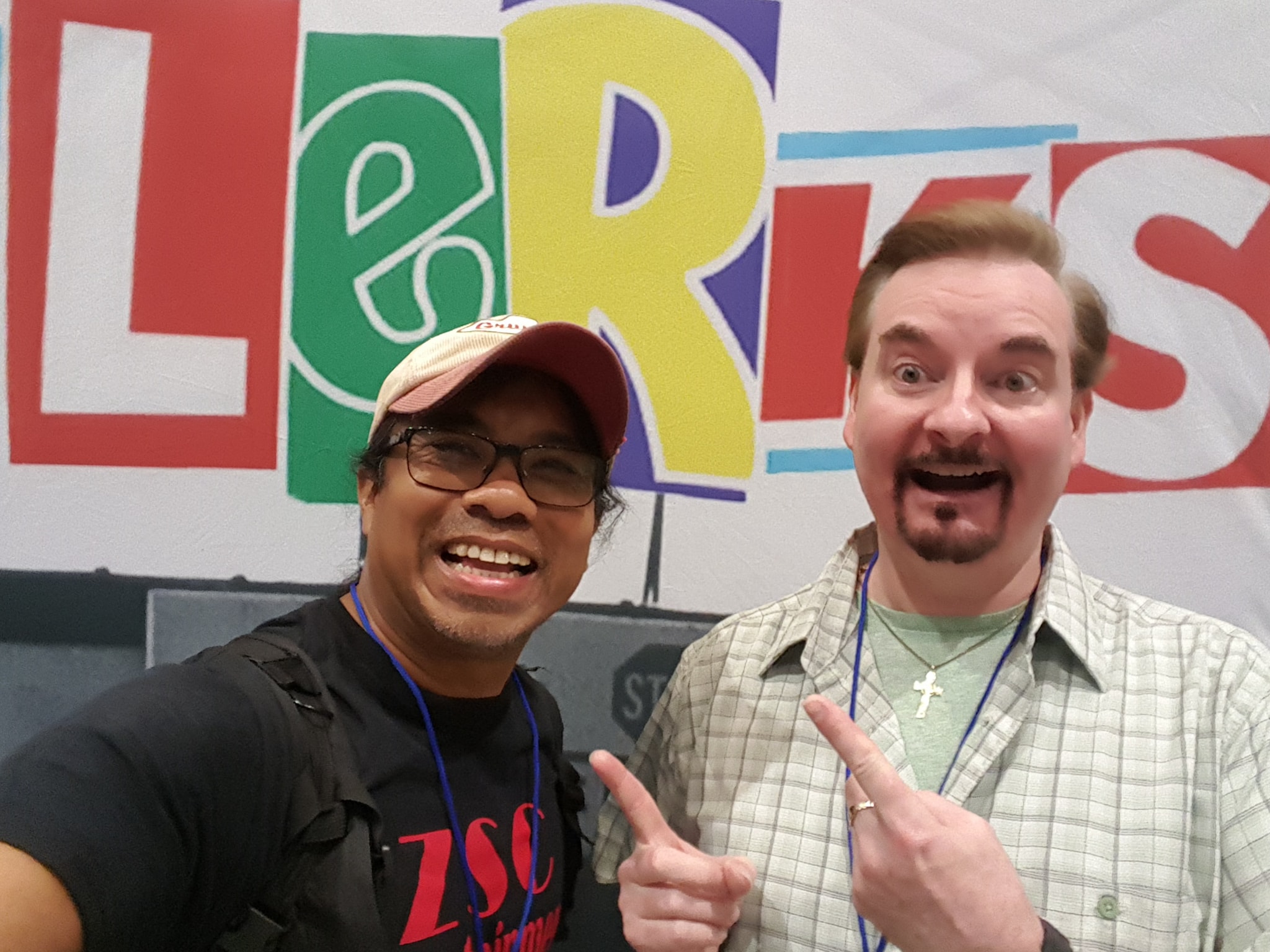 I met Rikki Adams a few years back at X-Con, a pop culture convention in Myrtle Beach SC. As we were both there for a number of years, we got to know each other pretty well. You might also remember X-Con was also mentioned in a previous interview with Robin Roberts, the founder of X-Con.

Rikki quickly progressed in the convention scene from a volunteer to a fulltime job. As a matter of fact, he’s booked almost every single weekend this year working conventions. As he works professionally year-round in the industry, he has a lot to offer. To avoid inundating you with a monstrous e-mail, I’ll break his interview down into several segments.

For now, I’ll let him tell you about his best experiences working conventions. Here’s Rikki-

It was definitely XCON. I considered it a mid-sized CON.  The volunteers were local and we all knew each other as friends. Being friends helped because it made us care about the big picture, which was to ensure everyone had a good time, including the clients.

Everyone was assigned duties based on their strengths.  There were also a lot of activities just for the volunteers and awards given out at the end for those that went above and beyond. I remember one year the award went to the guy that volunteered to clean up the vomit in the bouncy house. He actually volunteered to clean it up. Another nice thing  about XCON was the after dinner. There were two. One for the clients and one for the volunteers. It was nice touch.

I enjoy the bigger cons, but I tend to lean towards a smaller ones because they’re more intimate.

I can’t really say there has been a “worst experience” as a volunteer.  I was just happy to be there. The only time it gets bad is when there is someone in charge, and they do not know what they are doing.
At XCON we would meet throughout the year before the show and discuss our assignments. By the time the show starts, we all know what is expected and are able to handle the unexpected.  And if we couldn’t, we knew who to contact for guidance.

You don’t see this a big cons. There are so many people involved and sometimes it would take an hour just to find the right person to talk to.

After working two shows as a volunteer I was officially signed on with ZSC entertainment.  I would be called as an agent or handler…but I am neither.  We are assistants to the agent. Handlers are volunteers that get assigned to assist us.  I am OK with being called a handler, but it does offend others within this group.

When someone’s intros me as an agent, I correct them because the agent is the boss and has a lot more responsibilities than I. I would never want my boss to think that I was trying to pretend I was her. So as long as I am not referred to as an agent, I am OK.

We’ll hear more of Rikki’s story in future newsletters. He has a lot of advice for vendors, speakers, and promoters.

Until then, I’ll leave you with this, Brian O’Halloran cutting off Rikki’s ponytail at X-Con to give you an idea of the steps Rikki goes through to keep his clients and the audience happy. 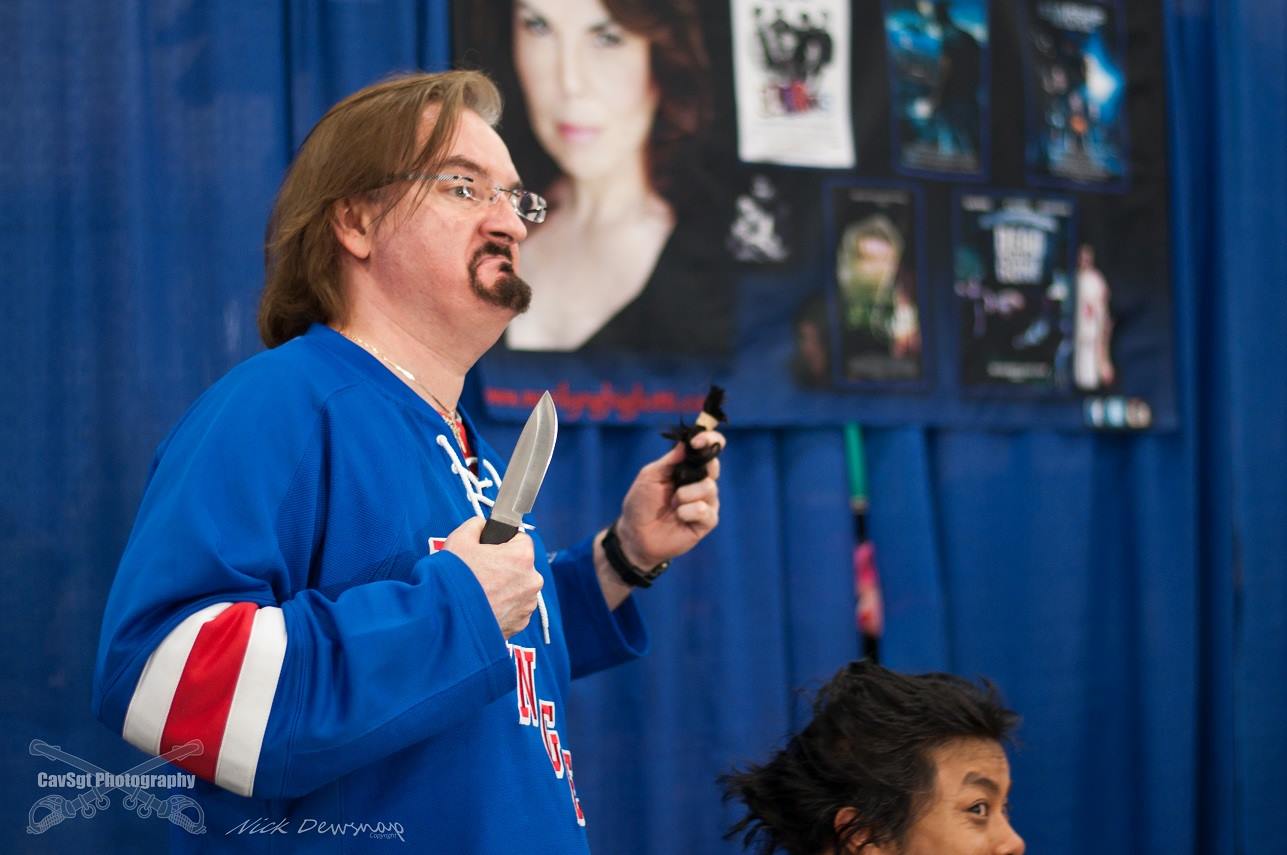 Thanks for tuning in,
Dr. Redbeard, a speaker who has no hair for Brian to chop off

For information on booking me as a speaker, click HERE.