My Experiences with the Pinhole Gum Surgery- 1 Week After

My Experiences with the Pinhole Gum Surgery- 1 Week After

This is a departure from my usual leadership and awesomeness fare, in a post that will delve into my personal life more.

I just had a pinhole operation done on my gums last week. Before the surgery when I was doing my due diligence and looking it up, reading about it, and looking at alternatives I found plenty of information about the operation itself, but none from patients. All of it was from the point-of-view of the dentists.

I thought I’d put my own experience out there so others could judge for themselves and know what’s what with the procedure.

Even though this post might be dated when a reader finds it, the information will be even better because I’ll have a longer experience to refer to. If anyone has questions, be sure to ask.

Prior to the Procedure-

I actually delayed this thing for months because I just wasn’t keen on an operation in my mouth. I hate anything to do with dentists, mainly because I’ve had a few horrible experiences to taint my view of anything dentistry-related.

I finally did it because I wanted the majority of the healing to be over with before I travelled to a couple of high profile keynote speaking opportunities.

My dentist was great on advising me about the procedure and the aftercare, which is quite extensive, with the exception of one thing. She didn’t tell me beforehand about the no soft drinks thing. This floored me when she told me after the procedure. Instead of weaning myself down (i.e. drinking a 12 pack of Mountain Dew the day before!!!), I had to go cold turkey.

Hint- buy this one week prior and enjoy with my blessing.

I have a weak bladder when I’m nervous (i.e. at the dentist), so I overhydrated the day before and drank almost nothing the morning before the operation. The procedure lasts about 2 hours, and there’s no getting up to go pee pee once she starts.

Mine was scheduled after lunch, which worked great. Consider it a last solid meal for a while kind of thing. Whenever you schedule your procedure, eat a big meal first. You won’t want to eat for a while.

My dentist has those cool noise cancelling headphones for patients. That and two episodes of Property Brothers got me through most of the operation. However, if you can go the full sedation route, do it.

During the procedure, there was a lot of grinding, tearing, and ripping kind of noises, which pretty much raised my stress level. A couple of times, she pretty much lifted my head up off the chair pulling on my gums. The noises aren’t that bad, as long as you don’t mind the kind of noises that are on the Saw movies while people are being torn apart. 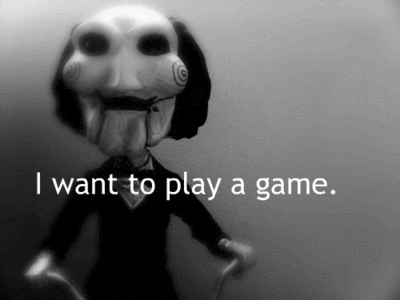 The procedure itself didn’t hurt too bad. Not as bad as a sharp stick in the eye, as Jack Reacher often quips.

Afterward, it hurt like hell. I’ve been in a lot of fights in my years, and I’m talking full on people-trying-to-kill-me fights with my time in the Marines and Homeland Security. My face felt worse after this than any of them. A week later and  I can’t touch that side of my face without wincing.

My face is still really swollen, and if I didn’t have my legendary fierce red beard to cover it up, you’d see bruising all over. This is me prior to the surgery all flowers and happiness…

I’ve not eaten on the right side of my mouth for a week, which limits what I can eat and how big my bites are. I can’t eat anything crunchy or sticky for a long time, so it’s mostly soups and tofu for me.

Facial movements are really inhibited because I can’t stretch the gum area until it heals longer. That means no popping my jaw, spitting, blowing on anything, laughing, or even working out. If I grimace or smile too big, I’m afraid my face might fall off. I feel like a really grumpy looking robot.

Oh yeah, no soft drinks for a long time either. Did I already say that? Oh well, it bears repeating.

The dentist showed me pictures of the before and after shots. She did this because I’m not even supposed to look at it. Pulling my lip down to look will stretch the gum. Do you know how hard it is not to look now that she told me not to? It’s crazy unbearable. It’s like when the guy at a restaurant tells you the plate’s hot.

The pics looked good though. My gum area on that side was recessed really bad, mainly because I’m such a crazy strong brusher, and I’m left-handed. Now it looks like it should.

I’m getting used to the new eating protocols. The way I look at it, I’ll probably shed a few pounds, in the sense that you usually lose about 10 pounds if you get the flu. I’ll lose my ten because my face hurts, and I can’t eat.

With all that said, the whole thing isn’t unbearable. It’s better than a tooth implant as far as I can tell. If my gums got much worse, I might’ve lost three teeth because of the exposed roots and such.

I’ll continue to update this series of posts as time goes on, and the healing continues. In case you’d like to hear me talking after the procedure, check out my video explanation below.