Category : Choose Your Own Adventure

Welcome to the next installment of the Choose Your Own Adventure profiles I’ll be doing at drdavidpowers.com.

My focus in life and business is to seek adventure, but that may not mean what you’re thinking. Most people think adventure only refers to danger and excitement, but it doesn’t have to. My intent with these interviews is to show that adventure can be wherever you find something new and different.

Meet actress Amber Dawn Fox, accomplished actress, slayer of zombies, and the cop everyone wanted to hate on The Walking Dead.

I met Amber at X Con in Myrtle Beach SC a few years ago, and we hit it off over acting, zombies, and how Beth really deserved what she got on The Walking Dead (my opinion). I was just getting started in acting and had signed an agent, and she was well on her way. 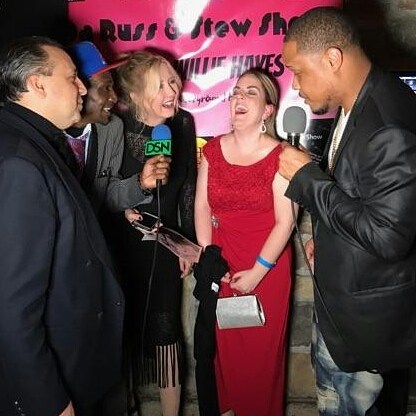 How do you define “adventure”?

“I believe adventure can be defined differently for each person. Anything new, fun, and exciting is an adventure for me. Which is why I enjoy acting so much, because each project is new, fun and exciting!”

What have you done that’s different, unique, or out-of-the-box?

“Something unique about me is the variety of jobs I have held. I went from retail customer service, to food service, to accounting, to nursing school, then to acting. Some people believe I have out-of-the box thinking because of leaving good paying jobs to follow my dreams.” 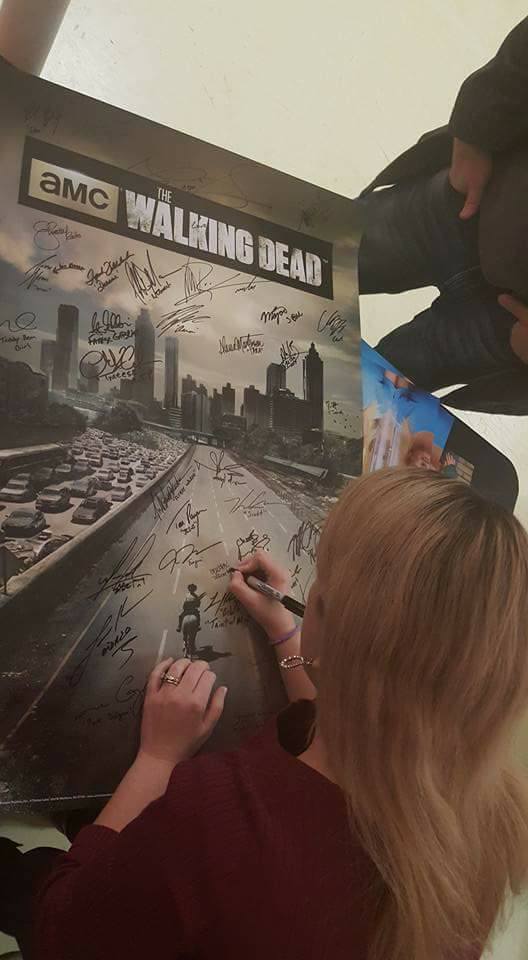 What brought you to your current adventures?

“So, in 2009, while I was in college I found out that the TV show One Tree Hill was filmed in Wilmington, NC (which is just over 2 hours from me).  I thought it would be a fun adventure to try to work as an extra on the show, so I submitted. I ended up hearing back from them and worked on the show six times over the next couple of years.”

“I loved being on set and started submitting to other shows and movies. I worked as a background actor in my spare time up until 2014. That year I also started taking acting workshops and had a speaking role in a student film and indie film.”

“It was then I was going to make a career change from accounting to nursing. On the same day I was accepted into the nursing program, I was also contacted about a featured role on The Walking Dead. I had to pick one or the other, so I gave up school to become Officer Bello in season 5. I haven’t looked back since.” 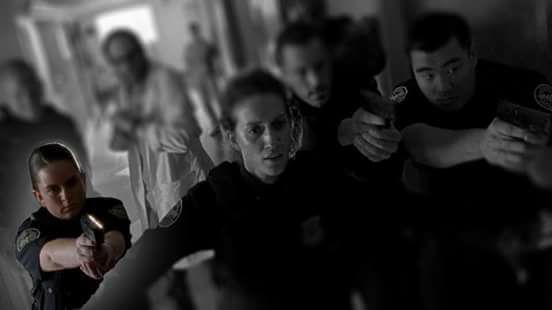 “I now have over a dozen speaking roles to my name from 2014 through present. However, working on The Walking Dead was really my step up in the industry. It gained me a fan base that still follow me and my current projects, it allows me to make guest appearances at comic cons to meet those fans, and it is such an amazing resume addition. Aside from all that – it was really a dream come true. I have been a huge Walking Dead fan since day one. Getting to be a part of that production was amazing and I was so excited to meet the main cast.”

“Two of the main projects I have coming out are…

The Haunting of Four Points

In The Haunting of Four Points, I play the lead character of Evie who is a paranormal investigator. It is a horror/comedy.

In Descending, I play Sabrina and act opposite Alex Vincent who played Andy in the Child’s Play movies.”

What can you tell me about yourself that will inspire others?

“Something I can tell you that would inspire others is that I didn’t go to school for acting. I don’t have a degree in it at all. I started out as just a background actor and took free or cheap workshops when I could find them. If there is a dream you have, go for it. It may not be easy at first, but don’t say it is impossible. Keep working toward your goal in any way you can and you will succeed!”

If you’d like, you can catch up with Amber at…