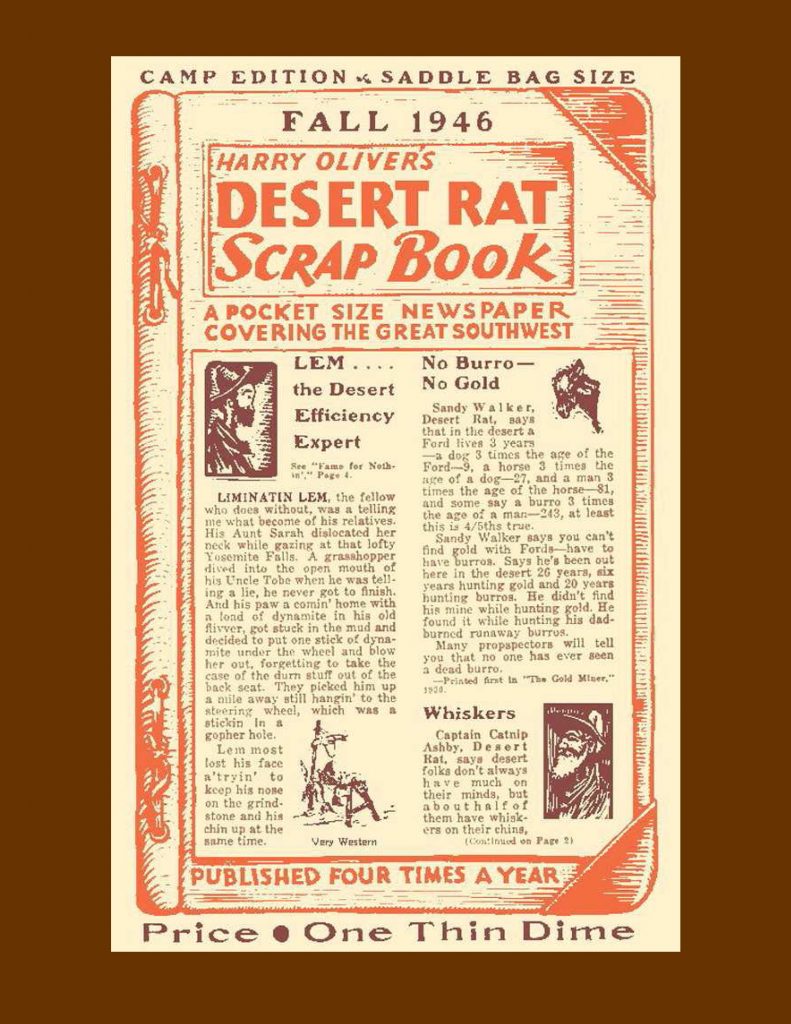 If you’re a fan of Mark Twain’s dry wit, oft-hidden humor, and tales of a bygone era on the Mississippi, then you’ll love The Desert Rat Scrapbook. Imagine Mark Twain stuck in the desert with no riverboat and a bunch of crusty cowboys instead of river rats.

The Desert Rat Scrapbook was first published in 1946 by Harry Oliver, a lifelong desert rat, Oscar nominated artist, and humorist. It’s a collection of humor fact, and tall tales collected from the lives of him and others in the southwestern United States. Oliver eventually handed the reigns over to Bill Powers, who published the final issues.

In it’s hey-day the paper was mailed all over the United States and several foreign countries. Although the volumes have been collected piecemeal in print over the years, they’re rare to find. Desert Historian Bill Oakes managed to compile an entire collection and digitize them for posterity. Without his assistance, it’s likely many of these issues would have never been seen again.

Both the compendiums and single issues are available on Amazon